Nicole is well known in the Medical Tattoo industry. Her signature soft edge 3d Areola Tattoo means that she is the main referral for Plastic Surgeons in Queensland. Her style focuses on no harsh lines and colours, but soft fully edging in muted tones. She has worked on hundreds of men and women post cancer, breast reduction or sex change. She is the number one choice. Nicole works along side Dr Justin Perron at Herstellen Clinic. Dr Perron is a highly regarded plastic surgeon specialising in breat proceedures including reconstruction.

Areola or nipple tattoo is a process of reconstructing breasts to have the appearance of a whole woman’s anatomy to make them look normal again. ​Nicole is able to your recreate Areola and 3D Nipple with tattooing. She also caters for those whose nipples are faded or light in colour or too small. Nicole has worked on many breasts and see lades daily. 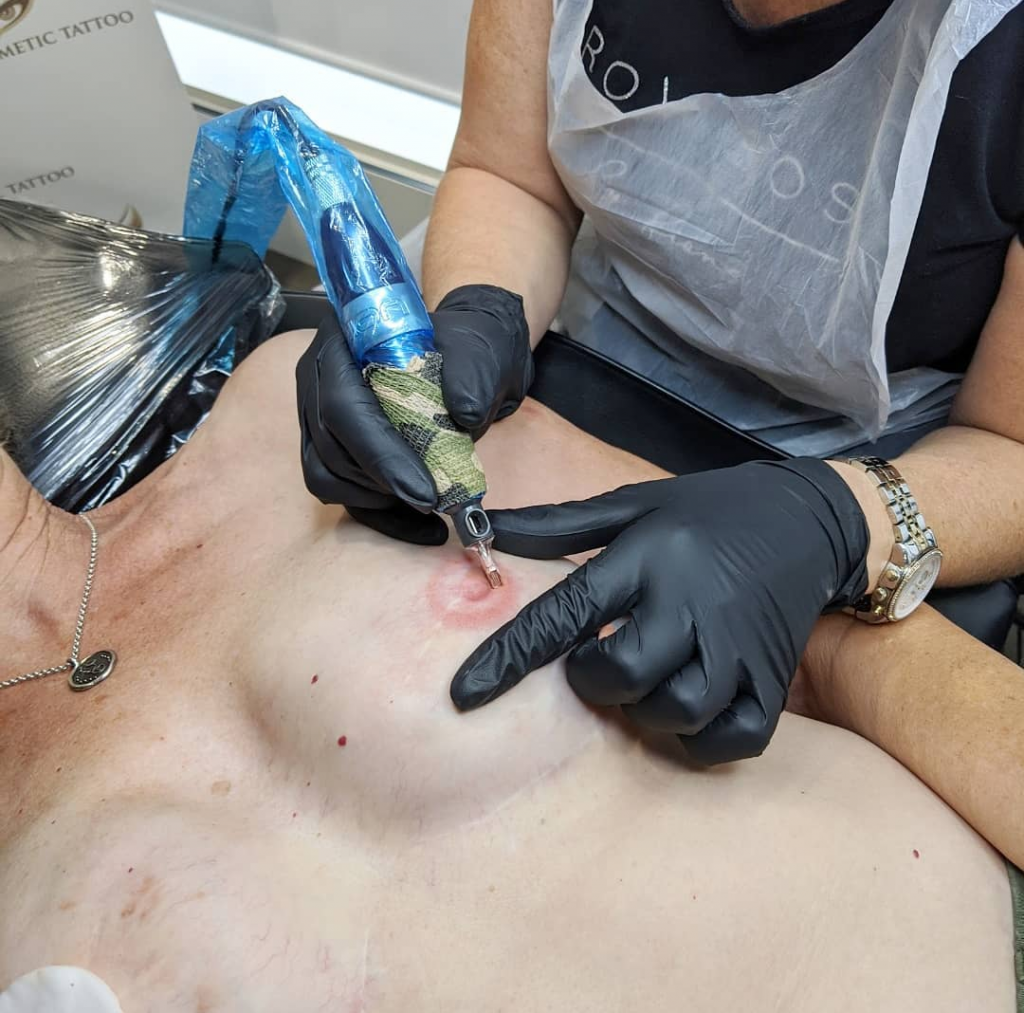 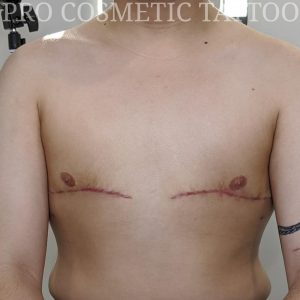 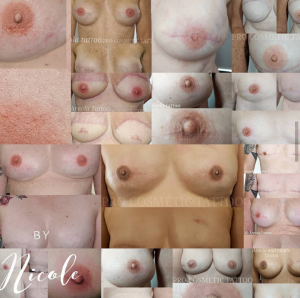 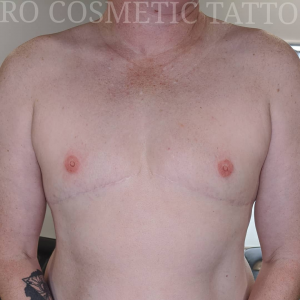 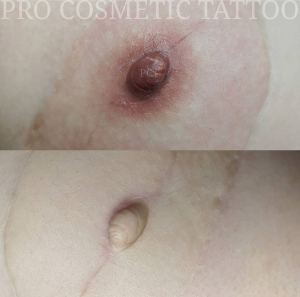 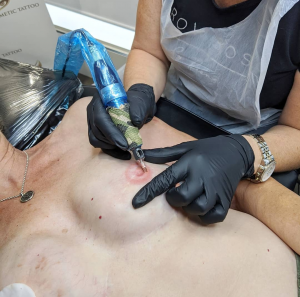 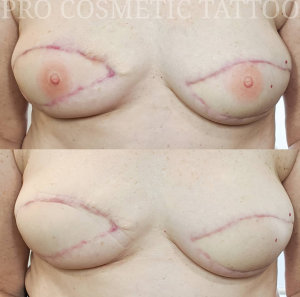 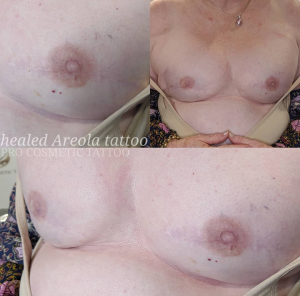 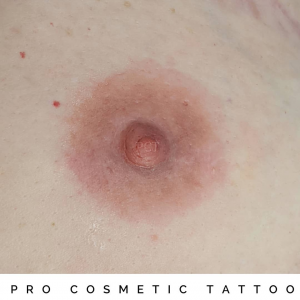 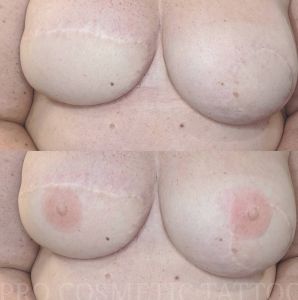 What is a 3d areola nipple tattoo?

Nicole will create a custom 3d Areola and nipple tattoo on completely flat skin. With clever shading, the nipple appears raised. Sometimes the surgeon may of created a nipple bud for you, Nicole is also able to shade and build colour on this. Nicole has spent years perfecting her 3d areola nipple tattoo. Previously trained in Paramedical tattooing, Nicole was not satisfied with the style of Nipple tattoos being taught. She set to create a more realistic tattoo, that was more beautiful and so her signature soft edge areola tattoo was born.

A tattoo appointment of two hours is scheduled, however the actual tattooing only takes Nicole around one hour. The remaining appointment time is spent on designing, placement, photos and paperwork.

Areola or nipple tattoo is a process of reconstructing breasts to have the appearance of a whole woman’s anatomy to make them look normal again. Areola tattooing is a personal and individual choice. While some women prefer to have the appearance of a more prominent areola, others choose to get it due to medical conditions like breast cancer that results in a mastectomy. After a mastectomy, some women are comfortable “going flat” while others prefer to have full breast reconstruction to feel “whole again”.

Areola tattoo can add a profound visual effect, making the breasts look normal again. It also draws attention away from the scar caused by mastectomy and other imperfections such as lopsidedness or indentations due to other breast enhancing procedures. Nipple tattoo has become increasingly popular as it gives a visual effect of traditional tattoos and does not require nipple reconstruction from body tissues. It is an effective semi-permanent procedure that allows clients to feel more feminine and increase body confidence.

Whether you want enhanced or re-pigmented areola after breast reconstruction or without enhancing the lumps of the breast, areola tattoo can work for both. The process takes about 2 hours depending on the size and pigment you want
to achieve, and the result lasts for three to five years depending. No skin is removed, and the contours of the mound are not affected in the process. The areola illusion is created by using pigments to highlight or shade the uppermost layer of the skin through the micro needling technique. The tissues are not damaged or scarred, and it is a safe and painless method because the tattoo technique itself does not require surgery, minimising risks of infections.

Areola tattoo does not require much time to heal, and since the healing process is painless and does not affect normal body functions, you do not have to take a day off from work for the healing process. For clients who have had breast reconstruction or implants, there are several things to consider before areola tattoo. It is advisable to consult your health provider and inform about your plans so that they can also be cautious about the scar made by incisions. It is also desirable to ask the doctor’s recommendation about the quality of the skin where you want the nipple to be tattooed to ensure that the surface is not too thin.

Whether you get areola tattoo with or without reconstructed breasts, make sure you have a close discussion with your health provider and the trusted esthetician about the ideal spot and have thorough knowledge about the procedure and
taking care of the recovery. At Pro Cosmetics Tattoo, we ensure that you receive all the information you need to know before the procedure.

Nicole can take patch tests to verify that the client is fit and able of going through the method. For a thorough consultation with experienced and insured Nicole, give us a call or drop by and we would be happy to help you get back the most natural physical feature of a woman and make you feel confident and whole again.